Brambles and Their Hidden Uses

Surely every child and adult, at some point in time has taken to picking blackberries for a homemade crumble or to eat whilst out for a Sunday afternoon stroll. Well, at least that is what I thought, but as time moves on even the most well-known of British wild food is becoming a tradition that is fading away as more and more shops start to sell these sweet little berries to the consumer for an extortionate price. Whilst teaching over the years I’ve even had students in their later stages of life ask me what they are – a sad but factual event that has happened a few times over the years that goes to show that some are sadly losing the close connection we once had with nature.

Blackberries all seem to have a unique taste, shape, nutritional content and texture. It’s thought that this is due to their being over one thousand ‘micro species’. Some of the micro species have a sharp tang and some are sugary and sweet, whilst others can only be described as having a horrible, almost bubble-gum-like flavour which I personally find most disagreeable. For me, I find those with a large firm appearance and a sharp taste to be the best, which are often found further inland. Those of costal habitat seem to be small and packed with seeds which are not particularly pleasant to eat – unless you like to take part in a seed spitting contest! But the downside to the larger fruits is that the birds and insects often get to them before they do the small and less tasty ones – maybe they’re a little picky like me. 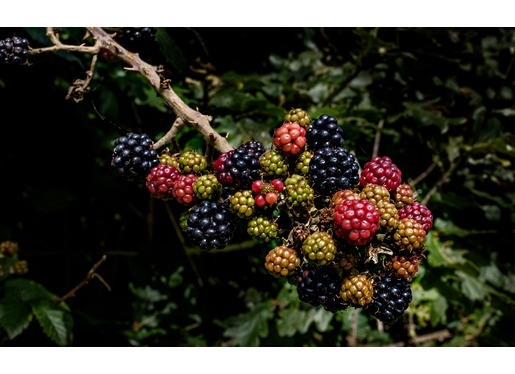 The very young fresh stems of brambles are also worth gathering as they are pleasantly succulent to eat with a somewhat nutty-coconut taste. The leaves too can be put to good use - simply pick and add to boiling water to make a pleasing tea. The leaves have more flavour if left to dry first.

Although not too often, you may sometimes notice a nice dry and straight bramble stem. These can be used as a hand drill shaft, for friction fire lighting – a naturally occurring fire lighting tool that is rarely used.

The hardened stems also prove useful in fishing, and may be used to make effective lures for predatory fish, such as pike and perch. These sun dried stems also make most useful cordage. Simply bash the dry stems with a wooden club until all of the fibres start to separate, these can then be braided into twine much like that of my nettle cordage tutorial – but in my opinion rarely work out quite as well.

In the Scottish highlands the leaves have a tradition of being placed on burns and swellings, something that is not done so often in England. Watch out for the thorns that run along the back of the leaves though, as these tend to be the ones that get you when you’re least expecting it! 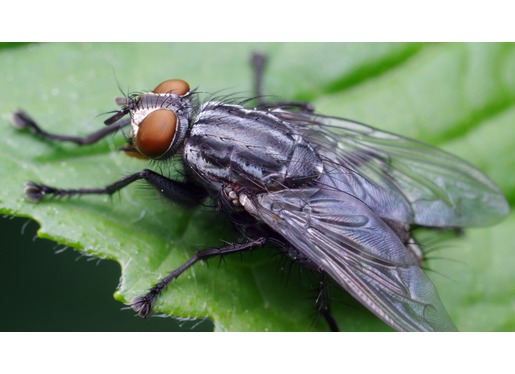 Legend has it all blackberries should be eaten before Michaelmas Day (29th September) as this is when god apparently flung the devil out of heaven. He landed in a patch of brambles and decided to spit on them all, so that nobody could enjoy them. In reality the cause of the blackberries turning bad is the Flesh Fly (Sarcophaga carnaria). These large flies can be seen to spit on fruits, which turn them bad. In Ireland tradition has it that the ‘Púca’ does the same thing on Halloween.