***Please note - due to strict working conditions, parcels are currently leaving within 3-5 business days - ALSO our lines have a technical fault this week and they will be back up and running soon***
RETURN TO Bushcraft Articles and Guides

Poisonous British Fungi and Their Effects on Humans If Consumed

Britain is a beautiful island and offers some spectacular sights which many of us explore throughout the year. The woods are home to some fascinating pieces of nature and mushroom hunting is a particularly popular hobby for those interested in walking around during the autumn months. Collecting this type of wild food can be most enjoyable due to the vast variety of mushrooms found in the UK, but it is not without danger.

Tragically, a mother of four died in May after eating a poisonous mushroom handpicked in her own garden when making a soup for her husband and herself. For this reason, it is essential everyone knows about the array of poisonous mushrooms found on these shores. This article is not intended to scare foragers into avoiding fungi altogether, but you do need to be aware of some of the potential dangers involved.

Although some poisonous mushrooms are difficult to spot, this species stick out because of their bright orange colour. Their presence could not really be more obvious – the gills even glow in the dark. The ‘Jack O’Lantern’ mushrooms may have an appealing appearance, but consuming them results in horrible symptoms such as diarrhoea and cramps. They are more common in North America, but can be found in the UK. 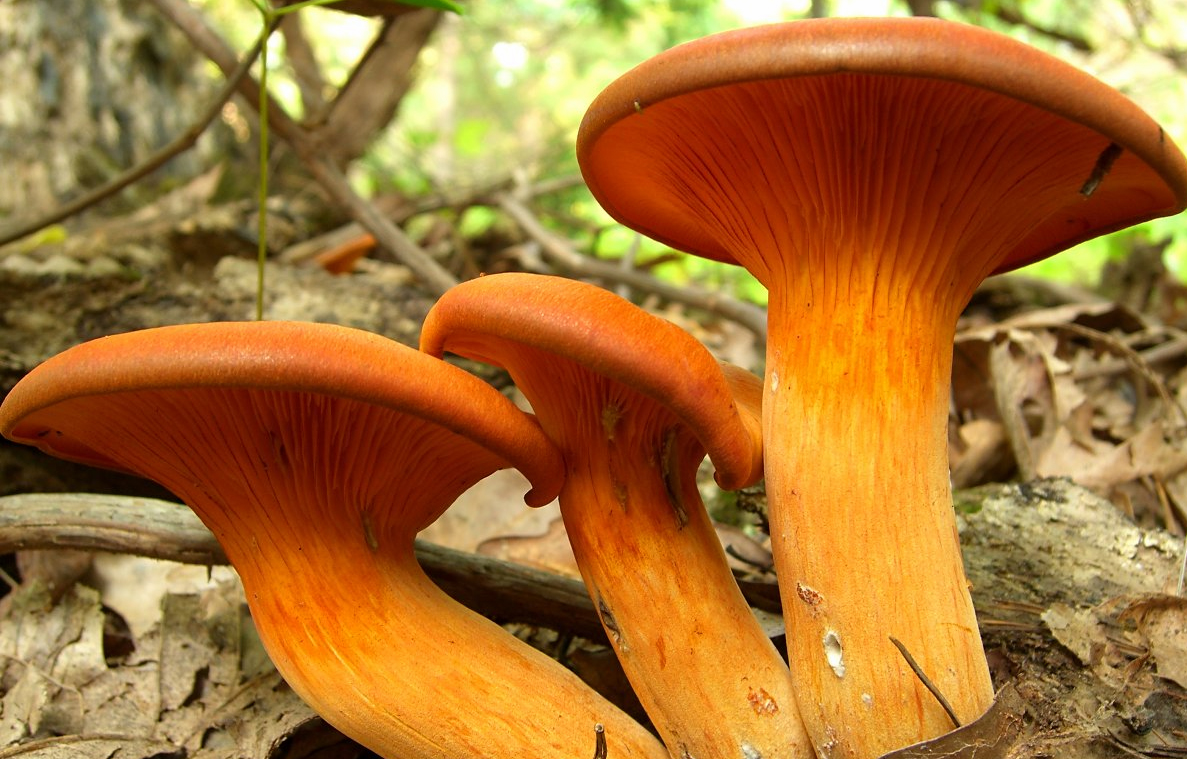 One of the deadliest types of mushrooms, death cap caused the death of the aforementioned mother. They are said to have a decent taste, but just 1oz can be enough to kill. Despite the fact that they look similar to safe varieties of mushroom they should obviously be avoided and are Britain’s most poisonous sort of fungus. What also distinguishes them from harmless mushrooms is they cause a sickly smell a short while after you have collected them. 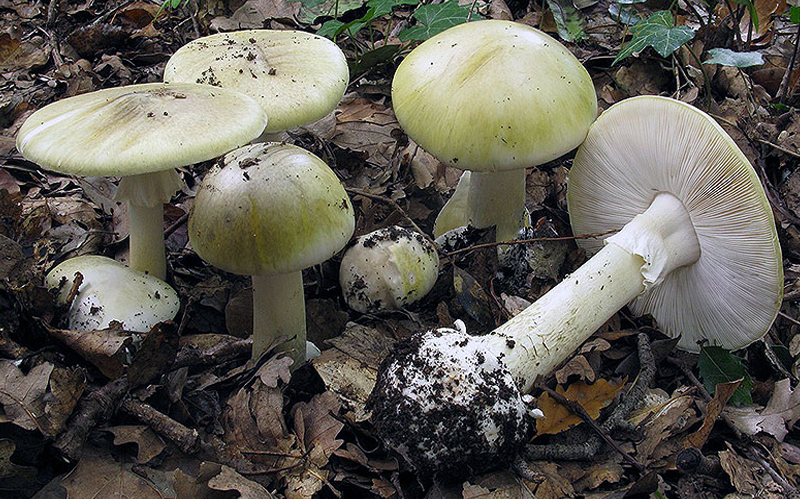 Eating these can cause sweating, flushing and harmful gastrointestinal problems and they are found in numerous places, being particularly widespread in woodland margins and gardens. Research revealed this type of mushroom results in the highest number of mushroom poisoning in Britain due to its appearance being very similar to the Field Mushroom. The stem is yellow once cut, so take all the necessary precautions when collecting mushrooms. 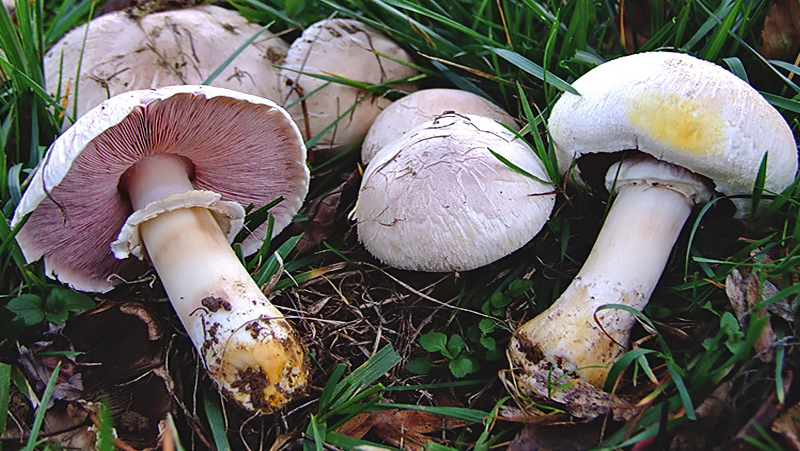 With no cure, consuming this dainty, but highly poisonous mushroom can often result in death. As its name suggests, the mushroom has a damaging effect once eaten, with toxins attacking kidneys and the liver. 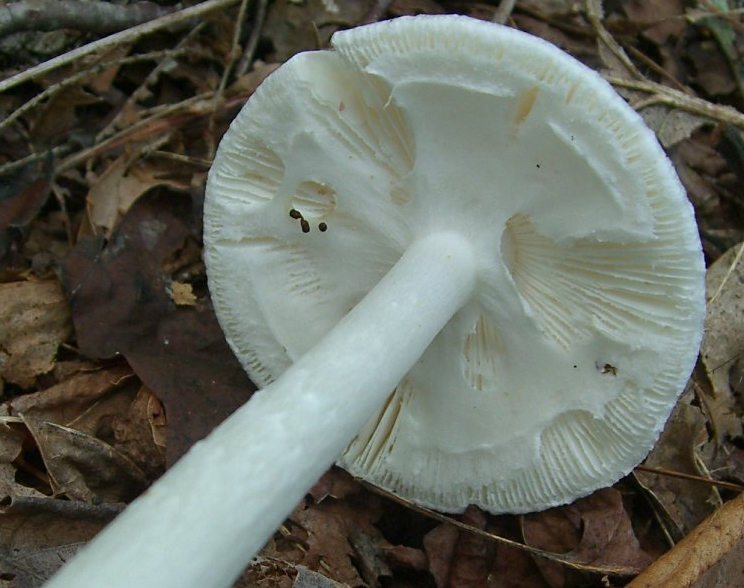 This mushroom has a threatening name and can cause equally alarming effects such as diarrhoea, vomiting and nausea, but is not fatal in most cases. Fortunately, they are not widespread in the UK, but are present in the south, although still rare. The pores of devil’s bolete are often blood red and it is noticeably swollen at the base. It produces a vile smell of rotting meat - especially if stored. 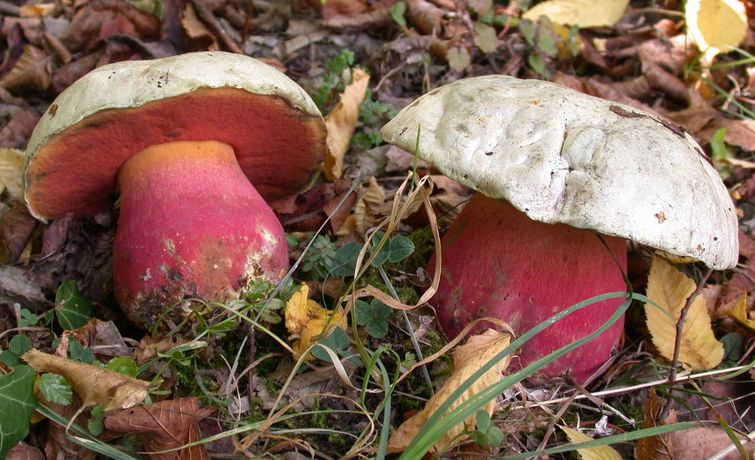 Unlike the devil’s bolete, this species are usually found up north rather than in the south. They are very dangerous and can cause kidney pains and death if consumed. They have been confused for edible Boletus type mushrooms. The caps are brown, orange-brown or yellow. Whatever the colour, ensure you avoid eating this type of mushroom. 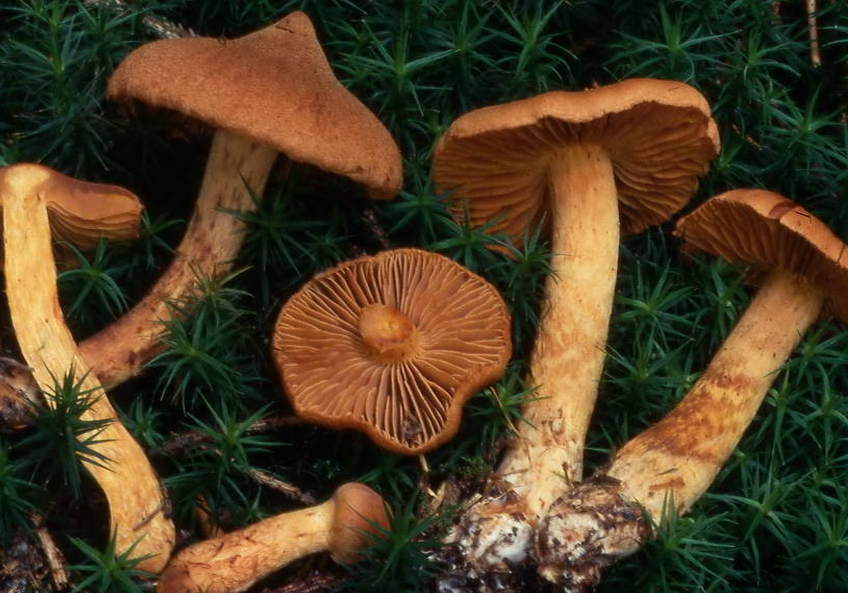 Again, there is a chance eating this type of mushroom can be one of the last things you do. Less severe but still damaging effects include hallucinating and sickness. It looks similar to the non-fatal blusher cap, but the panther cap is a darker chestnut brown and their scales are white as opposed to the blusher’s grey or brown ones. 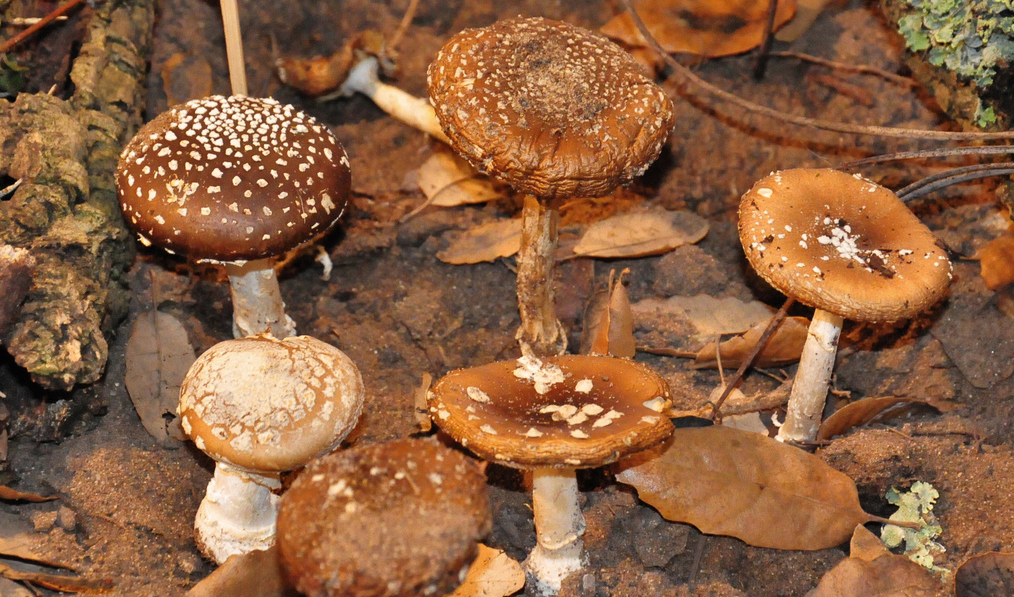 Consumption of this mushroom can be fatal, but you can be sure it will cause you discomfort through its effects which include sweating, nausea and diarrhoea. Blurred vision is another consequence. 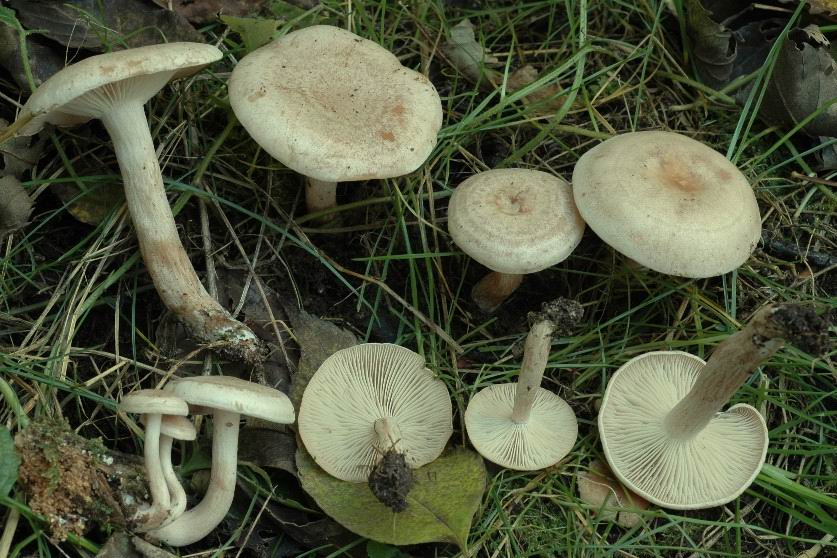 In order to keep healthy, you should abide by the rule of cooking mushrooms if you want to consume them, rather than eating them raw. The false morel is deadly in its raw state. When cooked for long periods the toxicity is said to reduce, but they are still very poisonous, with the toxins having an accumulative effect on the body causing serious damage, and often deadly effects in both raw and cooked states, so avoid at all costs. 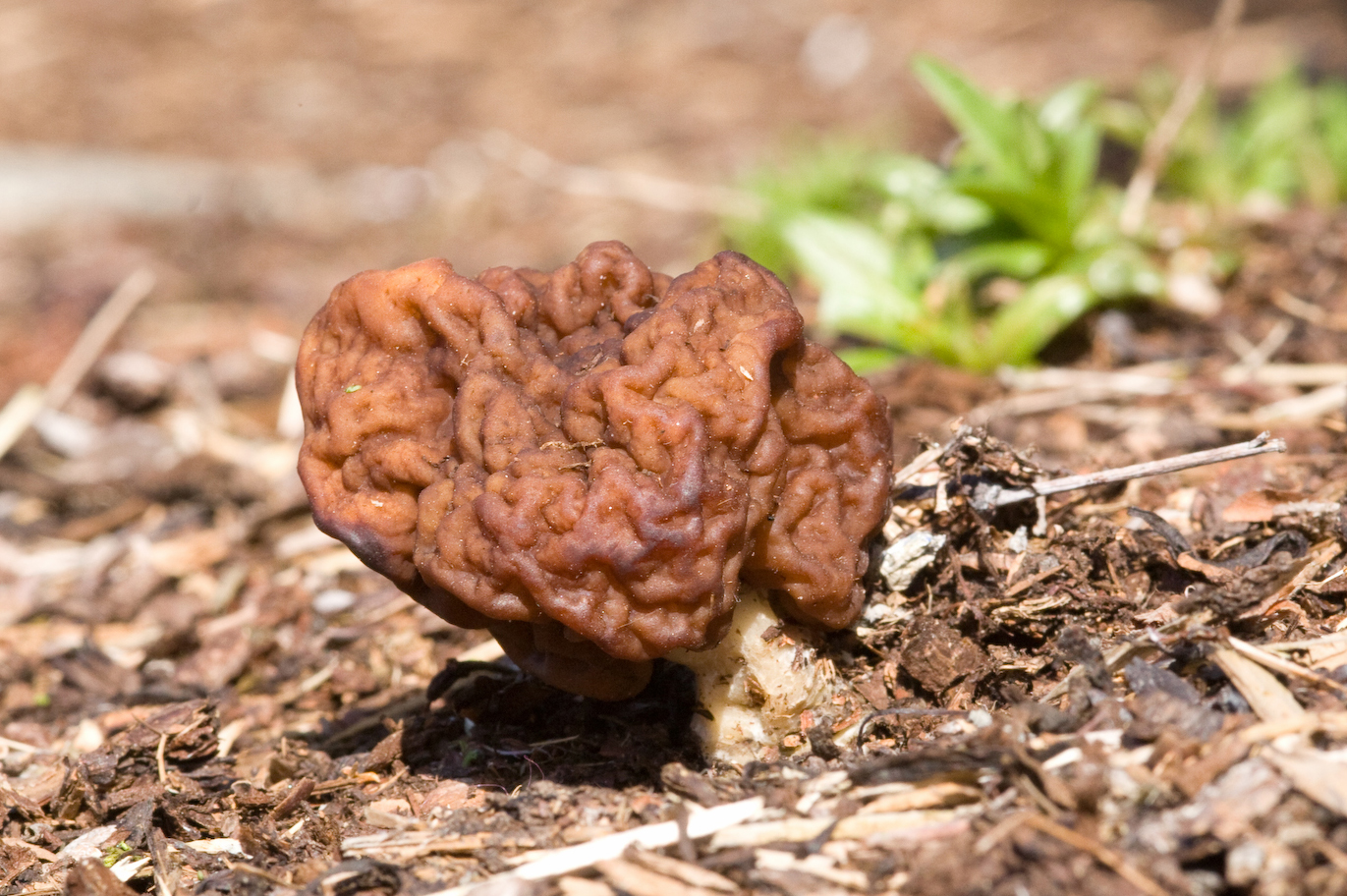 This mushroom’s appearance makes it look as though it belongs on video game Super Mario Bros or a fairy tale, but it is not suitable to eat whatever your age or favourite past time. With its bright red colour and white spots they may look appealing to eat, but fly agarics are poisonous. 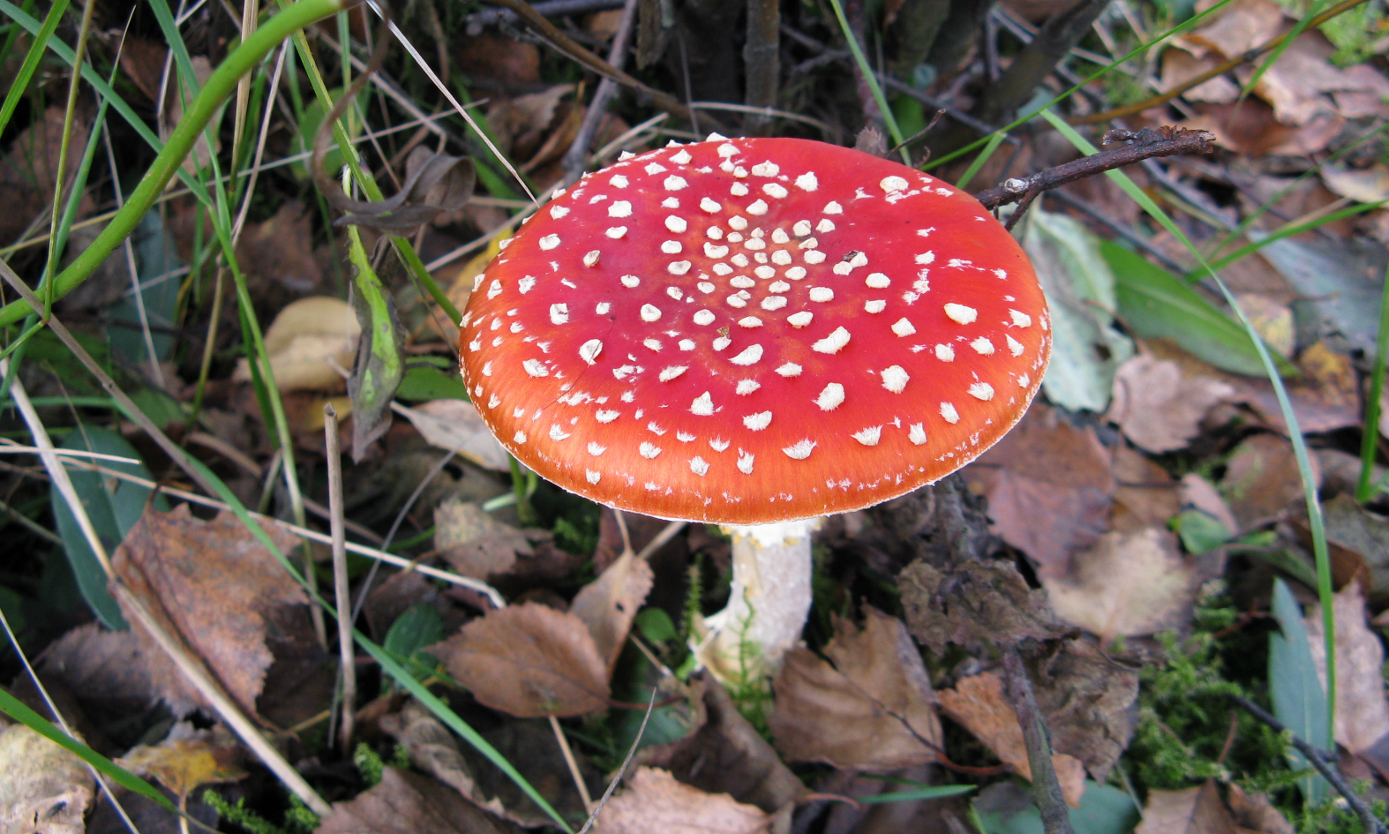 These are grey-white in flesh and have brown spores. As their name suggests it comes as no surprise that they are poisonous and consumption causes nausea along with diarrhoea. 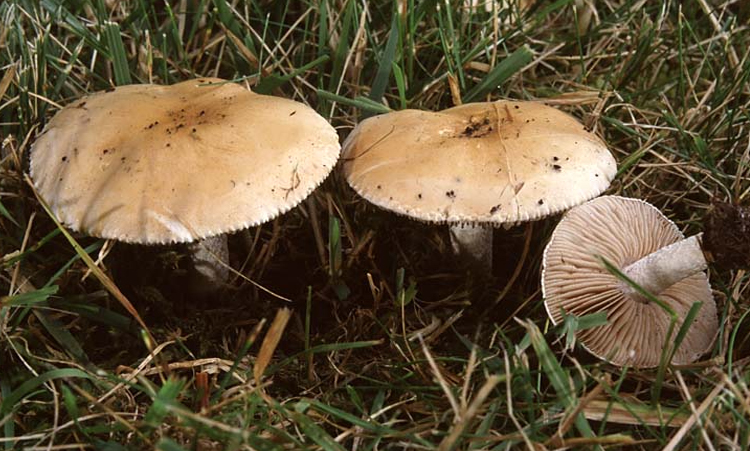 This species results in quick spells of vomiting if eaten, but, luckily, its appearance is obvious so you can easily avoid such an unpleasant symptom. They are cherry red or scarlet, and somewhat resemble the fly agaric without the white flecks. 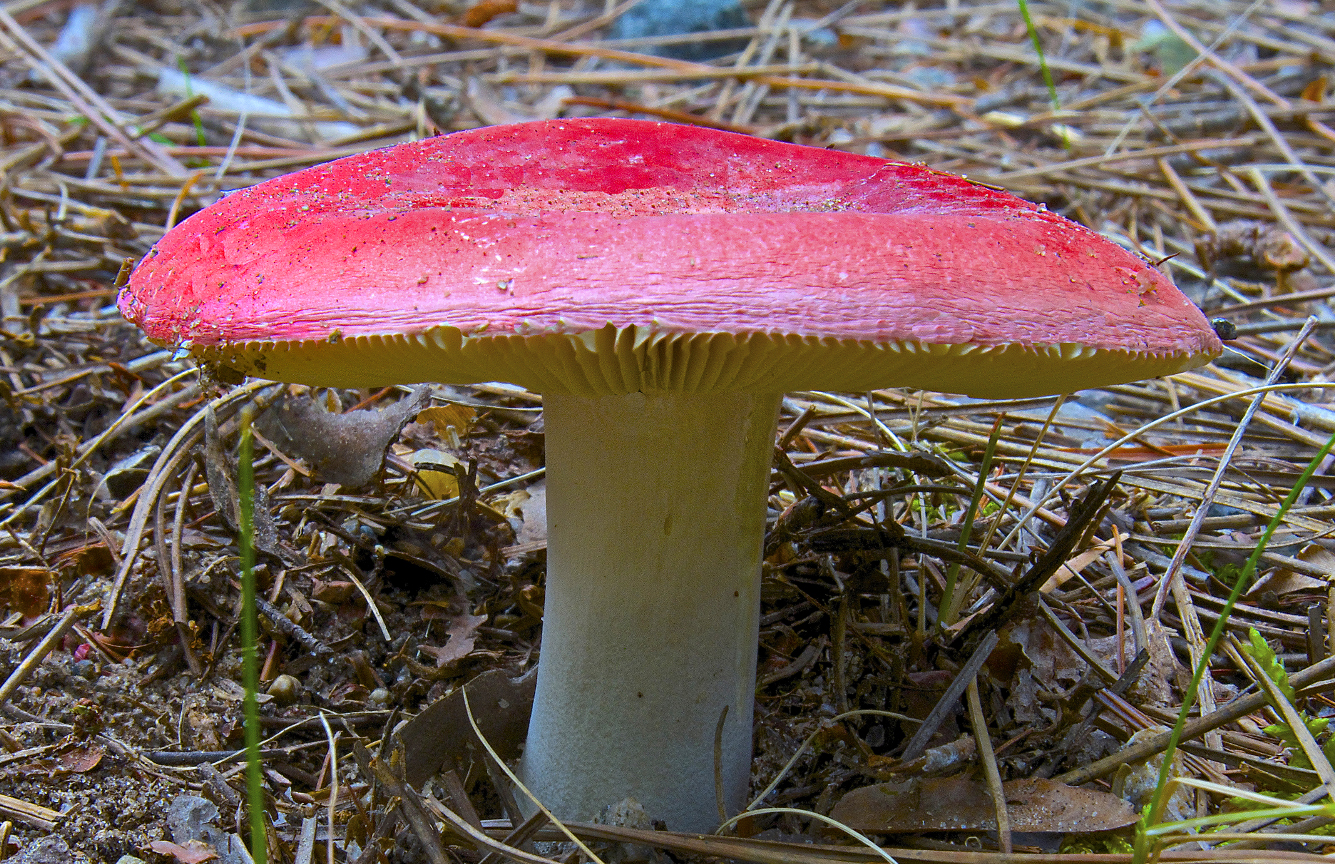 These are widespread throughout the UK and are found in woods and forests on dead or decaying wood. Vomiting and stomach aches are just two of the consequences of eating this type of poisonous mushroom. Their stems are curved and the cap is sulphur yellow, while being orange towards the centre. 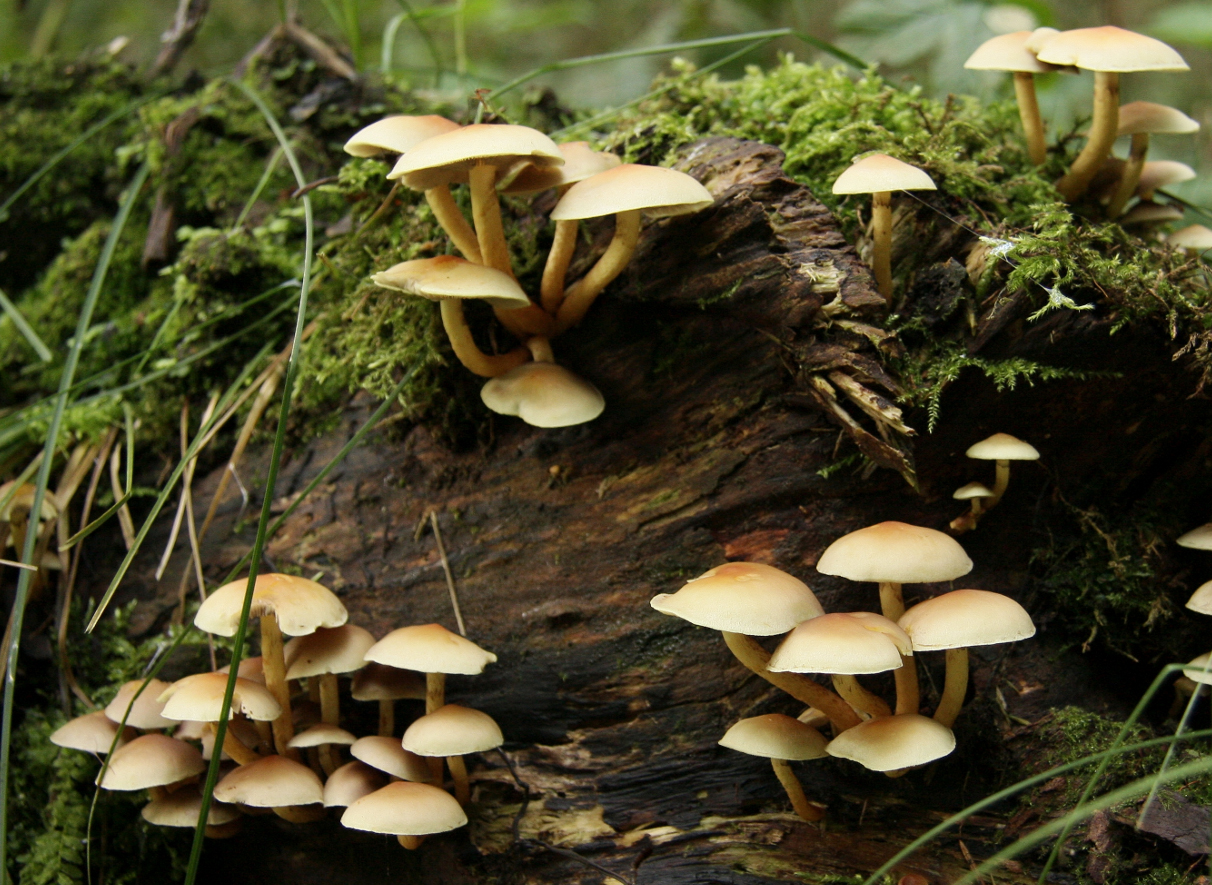 "Bushcraft Paul" is our newest resident bushcraft and outdoor education writer and will be contributing to the BLOG over the coming months!

I am a bit concerned as I have little knowledge of mushrooms and whilst strimming today I accidentally shredded one whilst cutting some long grass. A small piece went right to the back of my throat which I accidentally swallowed.

I have some pictures of shredded mushroom and its location in the hope you may be able to advise me on the mushroom.